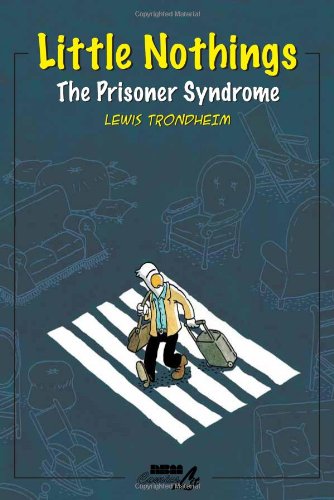 Trondheim, a 2006 Angouleme Festival Grand Prize winner, creates autobiographical sketches with a -ian mania for capturing the quotidian details of normal life, particularly its irritations. The sketches skirt the border of solipsism without ever quite tripping over it. Following up last year’s first volume, Trondheim ( ) presents a comic version of himself drawn as a humanoid chicken—other people show up as dogs, birds and cats, albeit walking on two legs and wearing human clothing—who obsesses over his health and trawls the Internet for obscure facts when he should be working. Most every scene is encapsulated on a single page, but recurring themes crop up throughout, whether it’s Trondheim’s love of the oddball tidbit (discovering that the average human produces six liters of saliva a day provides room for endless speculation) or following his misadventures in foreign lands as he jets off to various comics fairs. Although clearly much of this material was born out of artist’s block and stretches of empty space that make up the day of those who work from home (see the subtitle), Trondheim’s light wit and springlike watercolor tones give even the most curmudgeonly observations a lilting and jesting flair.