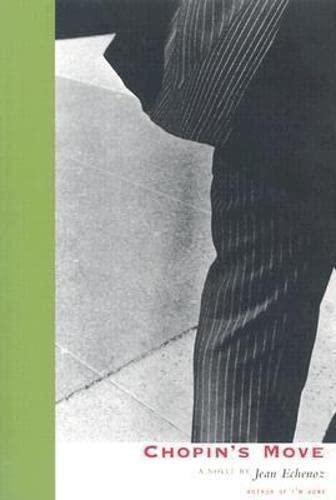 Secrets and lies abound in Echenoz's latest wry sendup of the spy thriller, which features a mysterious colonel, a reluctant secret agent, a magnetic beauty and a vanished husband. The shadowy Colonel Seck has been trailing Franck Chopin, an entomologist and sometime secret agent whose technique gives new meaning to the term "fly on the wall." On a walk, Chopin spots—and instantly falls in love with—Suzy Clair, who tells him that her husband, Oswald, who worked in France's Foreign Affairs department, inexplicably disappeared six years ago. Shortly thereafter, Chopin is summoned by Seck, "a midnight blue-clad sexagenarian with very white teeth," and informed that he has been chosen to trail an official named Vital Veber as the latter relaxes at a resort near Paris. General secretary Veber is traveling with his cryptanalyst, a massive collection of files and two cartoonishly muscle-bound bodyguards, Perla and Rodion. With the help of Seck and a painter at the spa who incorporates clues into his artwork, Chopin must follow Veber's every move, though, as Seck notes, the spy is "mainly there as window dressing." Who's after whom in this desultory case? And why is Suzy Clair also at the resort, chatting up Veber? Chopin and Suzy share a brief, passionate embrace—and then Chopin promptly finds himself kidnapped. Echenoz amuses and confuses as main characters and bit players appear in unexpected places and behave in unforeseen fashions. Flashes of wit abound, but this novel may feel too slight to satisfy.