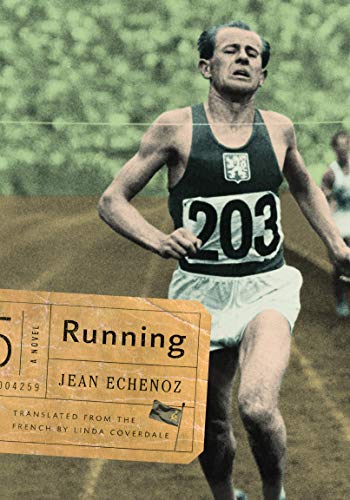 French author Echenoz ( ) centers his new biographical novel on Emil Zátopek, the first Czech Olympic gold medal winner in track and field. The Nazi occupation of Moravia means mandatory participation in youth organizations; forced to participate in a race, Emil begrudgingly embarks on his athletic career, only to discover a passion for running. Emil's training techniques reject notions of moderation and energy conservation in favor of relentless speed training and little rest. These masochistic efforts pay off as Emil becomes a world champion. But postwar Czechoslovakia's political agenda not only determines his race schedule but also transforms him into a talking head against Western capitalism. In addition to the story's inspirational value, Echenoz elegantly draws parallels between the runner's lack of autonomy and that of his country, which only two decades after the end of WWII was occupied once again by the Soviets. But the author treats his subject with too much distance: he is a running machine, a figure neither fully realized nor entirely allegorical. Linda Coverdale provides a smooth translation.