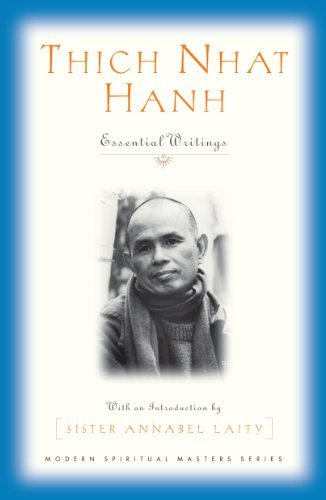 "Life exists only in the present moment. To lose the present is to lose life." This is the simple, potent message of Vietnamese Buddhist monk Thich Nhat Hanh, an immeasurably gifted mindfulness teacher. Exiled from his homeland for his work for peace during the Vietnam War, Thay (teacher), as he is known to his friends, has spread his practice of "present moment, wonderful moment" and "socially engaged Buddhism" around the world via his books that have been translated into 22 languages. A gentle introduction here fills in some of the biographical details of his life shaped by his homeland, a country long full of strife. This slender anthology that draws from 22 sources is a natural addition to Orbis's Modern Spiritual Masters series featuring Bonhoeffer, Weil, Chardin and Merton. Hanh belongs in this company because he is perhaps unsurpassed in quietly and easily teaching life's deeper lasting realities: available peace and inner truth. To read him is never again to eat a tangerine, nor view roses and garbage, in the same old way. The essence of his vital message, so accessible for non-Buddhists and Buddhists alike, is in virtually every paragraph of this skillfully edited collection. It is the consummate newcomer's primer, as well as a satisfying capstone for those familiar with Hanh's voice.