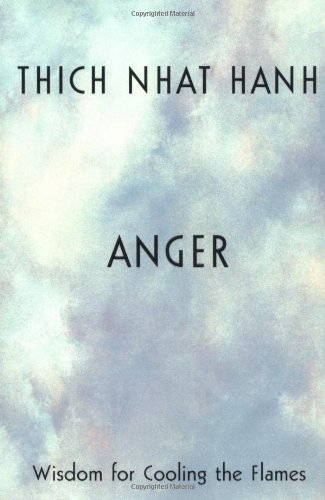 ANGER: Wisdom for Cooling the Flames

In an age of road rage, Americans would do well to cool down with prolific Buddhist monk Hanh (). There is plenty in this small volume worth skipping, such as Hanh's tedious call for "Healing the Wounded Child Within." And some of his advice is banal (e.g., if a husband is angry at his wife, he should tell her). But some of Hanh's suggestions cut refreshingly against the grain. He dissents, for example, from the popular therapeutic wisdom to "express our anger": when we beat a pillow to get rid of our feelings, he insists we are merely "rehearsing" our anger, not "reducing" it. Hanh reminds us that anger begins and ends with ourselves—we may feel that we are mad at our wife or son, but really we are the direct objects of our rage. Hanh doesn't limit his task to discussing anger between families and friends; he also deals with anger among countries and between citizens and governments. That expansive vision is not surprising (Hanh, after all, is a Nobel Peace Prize nominee) but it is refreshing, lifting this book out of the self-absorbed self-help pile. Like Hanh's other books, this is not weighed down with Buddhist terminology. The appendices, which contain meditations designed to help release anger, give it the specifically Buddhist spice that some readers will appreciate. The meat of the book, however, will be accessible to a broad, ecumenical audience.