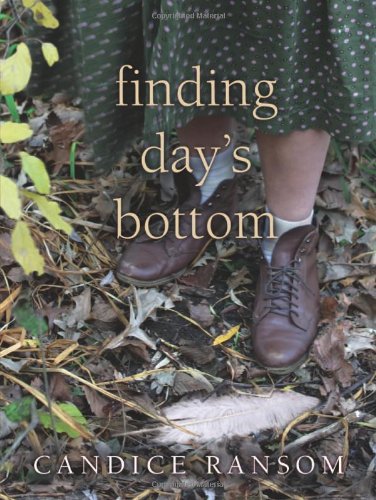 Ransom's ( ) moving, meditative story, set in the hills of the Blue Ridge Mountains in Virginia, tells of 11-year-old Jane-Ery's struggle to accept her father's death in a sawmill accident. She and Grandpap and Mama must learn to make ends meet on their own, even as they mourn and attempt to heal from their loss. As Jane-Ery comes to an understanding of what death means, her first-person narrative strikes just the right delicate and childlike tones ("The hurt inside of me was as raw as the dirt on Daddy's grave"), and after her initial resistance to Grandpap, a warm and soulful spirit, she slowly accepts him as a wise guide. The language of the southern backwoods sings throughout the book, with expressions such as "fotched-on" (store-bought), "the jim-jams" (fidgeting) and "ramblin's" (an after-dinner stroll) sprinkled throughout. Perhaps the most tender aspect of the novel is Jane-Ery's earnest quest to locate the "Day's Bottom" ("a place of light and wonderment," according to her grandfather). She begins with a notion of it as a specific place where she can find her father, then gradually comes to the poignant realization that it is not actually "a place out there," but rather a spot found in one's heart. Ages 9-12.