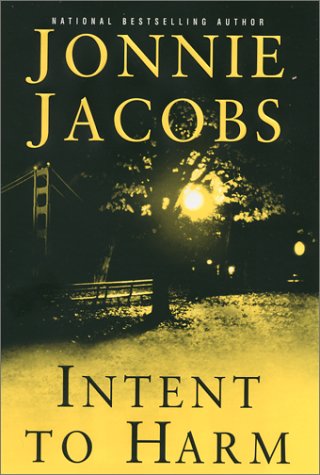 Jacobs's sixth Kali O'Brien thriller (after ) starts with a bang—San Francisco attorney O'Brien is shot and nearly killed in a remote park near Lake Tahoe—but rapidly loses momentum as a mountain of red herrings pile up. O'Brien meets a mysterious new client at the park, but before she can learn anything about her case, the two women are attacked and the client is killed. When O'Brien is released from the hospital with a painful shoulder wound, she sets out to investigate, despite a daunting lack of clues. Her client, Betty Arnold, was a middle-aged woman who lived a quiet life. The only interesting bit of information O'Brien can glean about her is that her niece, a young schoolteacher named Faith Foster, was kidnapped eight years before and is still missing. A newspaper clipping discovered in Arnold's knitting bag leads O'Brien to Faith, but O'Brien is being tailed by a ruthless hit man who will do anything to wipe out Faith and finish the job he botched eight years ago. The identity of the hit man is made clear from the beginning—chapters narrated from his perspective provide some comic relief—but O'Brien is unable to pinpoint his employer until the very end. In an attempt to produce a sense of urgency, Jacobs introduces some wild cards—a high-profile doctor, a young Hispanic scapegoat, a Chinese police detective—but as each subplot fizzles, the pace slows to a crawl. The hasty, underdeveloped conclusion will leave readers scratching their heads and may make them wary of following along on O'Brien's next adventure.