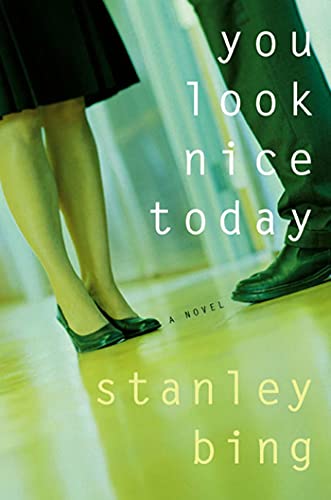 With this sardonic, entertaining legal thriller about a discrimination suit brought against a high-level corporate executive by his administrative assistant, columnist Bing tells a story of sexual harassment that's not about sex. Robert Harbert, or Harb, executive vice-president of Global Corporation's Total Quality department, falls for gorgeous über-temp of indeterminate race CaroleAnne Winters, who saves the day on an important project. Recognizing her talent, Harb hires CaroleAnne full-time, but their cordial business relationship quickly grows too cozy: Harb gets CaroleAnne a corporate apartment to help her escape an abusive husband, gives her his aging car and brings her on business trips, which include boozy late nights that stop short of physical intimacy. CaroleAnne's behavior becomes erratic, though, when her spiritual side surfaces and she begins holding prayer meetings with a companion in the company's empty offices. Her tightly wound demeanor in the office is a harbinger of trouble to come, and when Harb tries to diffuse the tension between them by offering CaroleAnne a promotion to a different department, she refuses it, quits her job and sues Harb and the firm for sexual harassment and cultural insensitivity, to the tune of $150 million. The density of detail makes for slow going early in the novel, but the account of the civil trial that follows is a riveting and often hilarious account of CaroleAnne's fabrications and the corporate legal response, with Bing exposing the ways in which seemingly ordinary problems and human foibles take on new dimensions when they hit the legal system. Though the conclusion is a bit of a letdown, this is a great read and Bing's best take to date on how people cope with the political idiosyncrasies of the buttoned-down business world.