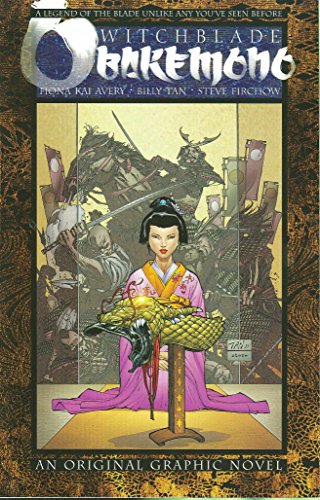 Move over, Joan of Arc—here comes Shiori-sama. Avery () puts a Japanese spin on the Witchblade series, opening up a new world of samurai. Lady Shiori hears the call of the Witchblade—a legendary living blade that, throughout the ages, magically finds it way to certain women to help them combat evil—after the evil Lord Tsunetomo raids her land and murders her husband. Exiled from her home, she has visions of the Witchblade and follows its cues to gain its power and avenge her husband's death. On her journey, she's escorted by twin retainers and is later joined by other women: a mouthy chimney sweep, a young runaway, a warrior/archer/rogue and a mountain priestess. With beautifully glossy, dynamic, full-color illustrations by Tan (), Avery's tale explodes visually, but the story falls flat under the weight of a predictable plot and simplistic characters. Dedicated to providing an authentic context, Avery learned Japanese and immersed herself in Japanese culture and history. Unfortunately, her research doesn't save the dialogue, which is at times awkward. Nevertheless, fans of the TV series will want this, and it's worth reading just for Tan's artful, exquisitely rendered fight scenes.

Due to a production error, a line was dropped from our review of Michael Malone's (Fiction Forecasts, Sept. 16). The full sentence that contains the dropped line reads, "After an intriguing opening, this earnest fable about social change from veteran novelist Malone slows into an absorbing story."