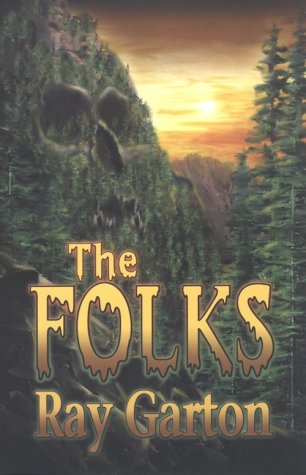 Garton has a flair for taking veteran horror themes and twisting them—sometimes to evocative or entertaining effect, as in his classic novel , about vampirish nude models in Manhattan. This time, though, the twist is simply twisted. A young man, a semi-outcast in his rural town because of his fire-scarred face and his problem with the area's fundamentalist Christian ambience, is picked up one Halloween night by a beautiful woman. She drives him at high speed to a spooky graveyard, where he succumbs to her seductions—until he feels her impossibly long tongue roaming his body and something unnatural clutching his genitals. He runs, but she has his car keys and won't return them until after she drives him to her family's brooding mansion. There, the young man, who narrates, encounters an incestuous family of grotesques—a pinhead, Siamese twins, a massive man-boy with a tail (who, it transpires, is the serial killer who's been stalking the town) and many other misshapen and "retarded" creatures. The young man learns that he, because of his scars, has been chosen to lead the family into the future. A dash for escape leads to an accident, and a predictable ending. The novel will remind readers of Tod Browning's film , of course, but the compassion expressed by Browning is sorely missing in Garton's telling. Most readers will be repulsed not only by Garton's imagery but by his exploitation of genetic deformity to horrific effect. Garton has storytelling talent—the pacing here is brisk, the word craft expert; too bad he's wasted it on this trash.