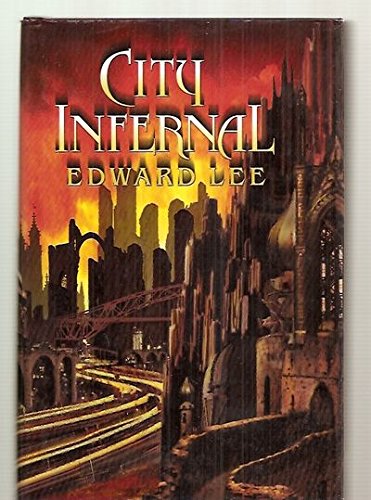 Anyone for a sightseeing tour of Hell? This is the real thing, the huge capital city of Hell itself, Mephistopolis, named for its founder. Take the train, where you will ride with trolls, monsters and screaming women birthing ghastly offspring. Under a gloriously blood-red sky, cross the River Styx, fetid and steaming with floating pieces of bodies. You won't want to miss seeing the Polter-Rats, Bapho-Roaches, Excre-worms and particularly the notorious Ghor-Hounds. The entrance is in an old Southern mansion, from whose attic window you can peer into the technological marvels that Satan has constructed, including motels that stock . Your guide is Cassie, the virginal identical twin of Lissa, who shot both her boyfriend and herself. As a suicide, Lissa went directly to Hell. However, having been born on an "occult holiday," the execution date of the infamous Baron Gilles de Rais, Cassie, as an Etheress, can see several Hellish visitors. They act evilly hip, but resemble more Gidget's giddy teenagers. Follow Cassie after them into Hell in search of her sister and have adventures galore. Encounter another fallen but now repentant angel, Ezoriel, and finally face fearsome Satan himself. There's plenty of gross stuff along with the juvenile humor, but it is fun.