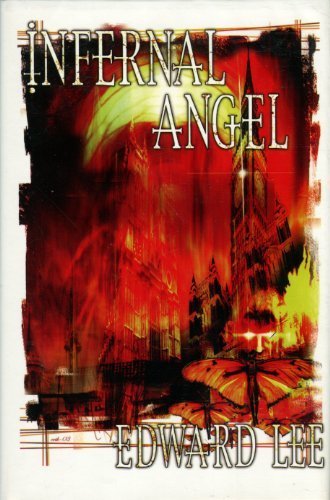 In this sequel to (which reads like an inferior rewrite of) Lee's previous novel about a technologically driven hell, (2001), goth chick Cassie Heydon is still an "Etheress" looking for her twin sister, a suicide. She's aided this time by an angel, Angelese, and by Walter, a dorky A student and "Etherean" who's goggle-eyed over a blonde now resident in Lucifer's capital city, Mephistopolis. Lucifer himself resides on the top floor of a 666-story skyscraper, plotting to take over the universe. He has a time-traveling device and a "Hex-Clone" of Jesus, whom he plans to bring back to that famous cave to nip Christianity in the bud. The puns are less frequent this time, too much of the action is set outside Lucifer's city and the story is hysterically scattershot. Still, there are laughs for the patient.