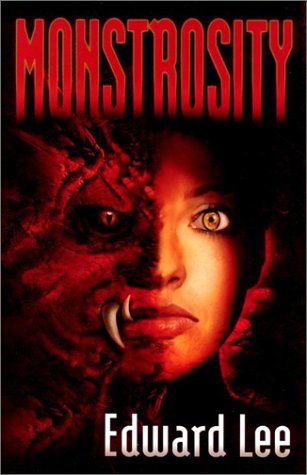 Weird science intersects with apparent supernatural phenomena in the latest horror extravaganza from Lee (). In the first story thread, an archeology dig in central Florida in 1995 uncovers possible proof of a demonic incarnation 10,000 years in the past. The second—and knottier—thread involves Clare Prentiss, an Air Force lieutenant dishonorably discharged when she makes the mistake of accusing a colonel's son of rape. Reduced to living on the street, Clare suddenly lucks into a cushy job managing security at Fort Alachua Park, a Florida wildlands preserve where the military sponsors a top-secret cancer research clinic. No sooner is she established than mysteries start piling up: Clare can't get a clear story on the disappearance of the previous security team; equipment the facility shouldn't need is delivered; and she and her co-workers begin experiencing inexplicably intense sexual cravings. Meanwhile, local yokels looking to steal narcotics from the clinic are getting picked off by a monster that stalks the grounds at night. Of course, all these plot blips share a common cause, and the novel's pleasures come in seeing how long Lee can keep them seeming just random and unconnected. Sure, it dwells at voyeuristic length on the characters' sexual acrobatics and, sure, it features a stereotypical evil mastermind undone by his own gloating. But Lee's twisted tale also has an outrageously paranoid surprise that will keep fans of cover-ups and conspiracy theories reading to the final sentence.