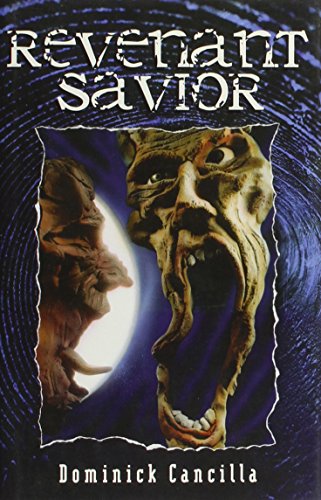 Cancilla's haphazardly plotted first novel reads like an extract from a larger, more coherent work. Coalchester, Calif., has a dark secret: more than a century before, the leader of a wagon train of Jewish settlers who came to town accidentally made a golem out of a living man, conferring vampiric appetites upon him. Known in legends as the Reaver, this being has shown up nine times in the intervening decades to demand sacrificial victims under penalty of mass slaughter. When weird events begin happening around Coalchester, culminating in a bloodbath at the local diner, Sheriff Derek Parker finds himself seeking rational explanations while the townsfolk begin succumbing to mob hysteria. The arrival of Melissa and Kurt, a pair of vampire killers (first seen in the novel's bloody prologue) who offer their services as bounty hunters, only aggravates the situation. Who Melissa and Kurt really are, why the Reaver makes his occasional forays and how the town will handle the horrors are among the questions never fully answered. Rather, the story moves from one bizarre episode to the next, before dead-ending at a flashy but puzzling climax.