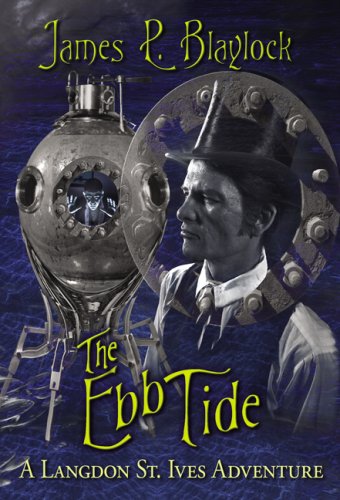 Explorer-scientist Langdon St. Ives and narrator Jack Owlesby (familiar from 2008's ) embark upon a new steampunk adventure in this slight but enjoyable novella. A battered old map, possibly drawn by St. Ives's long-missing companion, Bill Kraken, displays the location of a strange object that plunged to earth years earlier. Hilario Frosticos, longtime nemesis to St. Ives, is also in pursuit, and a series of amusing feints and counterfeints culminates in a frantic race to an underwater grotto. New readers will have no trouble getting oriented, but even stalwart fans will be disappointed by almost nonexistent characterization and an unfulfilling conclusion. It mostly feels like the first portion of a much longer tale; Blaylock does both his readers and the story a disservice by publishing it before completing it.