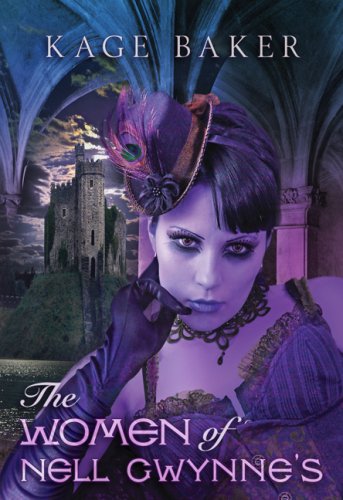 The Women of Nell Gwynne’s

This steampunk novella, set in 1844 London, follows the exploits of the harlots of the exclusive establishment known as Nell Gwynne’s, where they gather intelligence for the shadowy Gentlemen’s Speculative Society, a predecessor to the Company featured in several of Baker’s novels (most recently 2006’s ). Lord Basmond hires the ostensibly blind madam, Mrs. Corvey, and some of her girls to entertain his wealthy foreign guests at an odd party, where it quickly becomes clear that Basmond is selling a mysterious item to the highest bidder. Things heat up when someone goes missing and two people end up dead. The beautifully drawn Victorian era is neatly spiced up with futuristic technology such as mechanical eye implants. Baker’s fans will delight in this slight, bawdy and funny confection. Illus. by J.K. Potter not seen by .