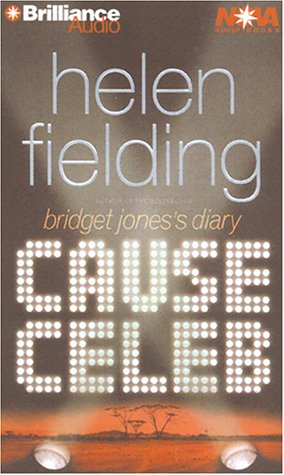 Fans of the sarcastic humor and rapid-fire dialogue found in bestselling British author Fielding's and will be delighted with the U.S. release of her 1995 debut novel, which juxtaposes the death, disease and despair of a refugee camp against the vacuous mid-'80s London celebrity scene. Gorgeous twentysomething literary publicist Rosie Richardson travels to the fictional African country of Nambula to heal from a particularly rough breakup with a devastatingly handsome TV personality. Caught up in the allure of volunteerism, Rosie goes high profile, bringing from London 40 tons of food, a television crew and the ad hoc group Charitable Acts, an assembly of image-conscious celebrities who plan to air an African broadcast of a speeded-up version of Fielding's tale filled with huge egos lends itself exceptionally well to audio, and Quigley scrupulously brings Fielding's vapid, iconic characters to life with her uncanny ability to switch between accents and mood at the drop of a hat, achieving a subtler style of comedy than listeners may expect.