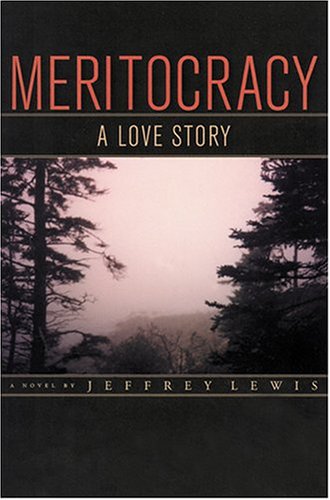 A sheen of nostalgia glazes this tribute to privileged college kids in the 1960s by television writer ( ) and film writer Lewis. Politics is the frame of reference for Lewis's Yalie protagonists, who gather in Maine at the end of the summer of 1966 to bid farewell to Harry Nolan, who is going to Vietnam as an enlisted man. There is speculation about Harry's motives: has he joined up to advance his potential political career (his father is a senator), or are his reasons more personal? Narrator Louie, who idolizes Harry and is in love from afar with Harry's gorgeous, mysterious wife, Sascha, casts the couple in a golden light ("like Indian gods both of them, like Shiva with Parvati"), while attempting to curb his resentment. The story of the idyllic weekend alternates with an older, wiser Louie's reflections on the political fate of his generation: he compares Harry to contemporaries Gore and Bush and attempts to reconcile the conflicting attractions of meritocracy and democracy. The tone shifts from elegiac to tragic when the group drives home in the fog after a late night at a bar and crashes, changing everything for Sascha and Harry. This is less a novel than a paean to lost youth and hopes, and will appeal most to Lewis's fellow Ivy League boomers.