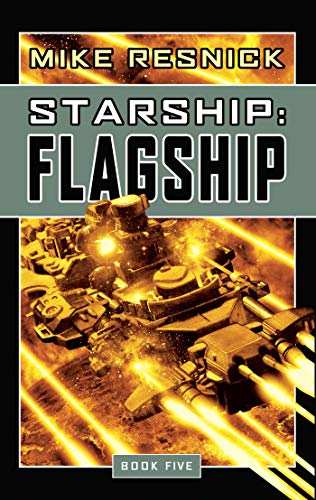 Hugo-winner Resnick sets his fifth Starship novel, a classic sprawling space opera, in the vast Birthright universe. Newcomers would probably prefer having the informative appendix shifted to a prologue, but even those who skip ahead will find themselves drawn in by the valiant struggle waged by Wilson Cole and his motley assortment of allies (including an alien convinced he is the real David Copperfield, and an eight-handed criminal kingpin) against the nameless interstellar Republic. The odds are appropriately daunting: while their foes have three and a half million ships, Cole can only muster about 800, forcing the rebel leader to rely on his wits rather than strength to prevail. The cleverness of his schemes and the interesting political struggles will remind genre TV fans of . The only real flaw is a rather contrived conclusion.