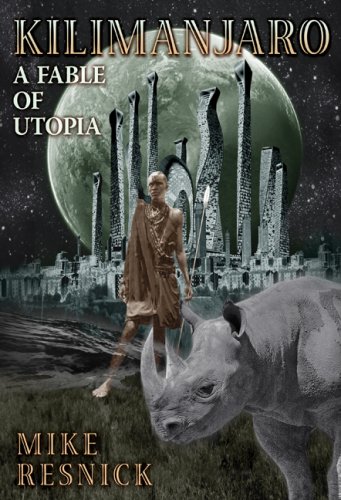 Kilimanjaro: A Fable of Utopia

This light novella set in A.D. 2234 (112 years after Resnick's lauded Kirinyaga stories) chronicles the attempt by the Maasai people of Kenya to set up a utopian society called Kilimanjaro on a terraformed planetoid orbiting Earth. Though they're determined to avoid Kirinyaga's mistakes, problems arise from the beginning. The chapters read more like puzzles than stories, presenting difficulties and too-easy solutions that mostly rely on the leaders' willingness to swallow their pride and buck tradition, but Resnick works in plenty of intriguing detail about the culture and character of the settlers and the new world that they model as closely as possible after the one they are leaving behind. The juxtaposition of an ancient tribal society and a bucolic but futuristic setting will keep readers happily engaged.