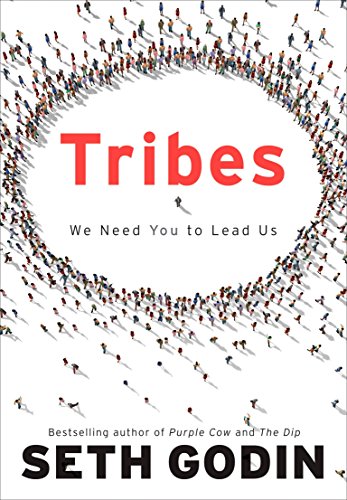 Tribes: We Need You to Lead Us

Short on pages but long on repetition, this newest book by Godin ( ) argues that lasting and substantive change can be best effected by a tribe: a group of people connected to each other, to a leader and to an idea. Smart innovators find or assemble a movement of similarly minded individuals and get the tribe excited by a new product, service or message, often via the Internet (consider, for example, the popularity of the Obama campaign, Facebook or Twitter). Tribes, Godin says, can be within or outside a corporation, and almost everyone can be a leader; most are kept from realizing their potential by fear of criticism and fear of being wrong. The book's helpful nuggets are buried beneath esoteric case studies and multiple reiterations: we can be leaders if we want, “tribes” are the way of the future and change is good. On that last note, the advice found in this book should be used with caution. “Change isn't made by asking permission,” Godin says. “Change is made by asking forgiveness, later.” That may be true, but in this economy and in certain corporations, it may also be a good way to lose a job.