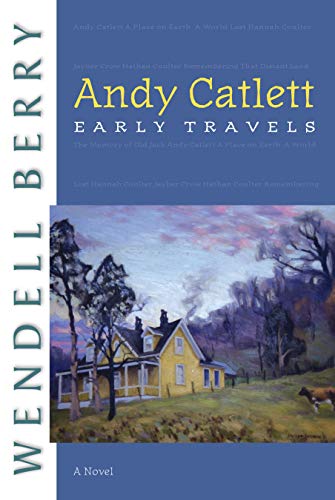 Readers familiar with rural Kentucky novelist ( ), poet ( ) and essayist ( ) Berry and his vast repertoire will feel right at home in this slim, memoirlike novel narrated by the elderly Andy Catlett. In the winter of 1943, at age nine, young Andy is allowed to set out alone by bus from his home in Hargrave to Port William, 10 miles away, where both his parents grew up. After coffee at the bus station (a nickel) and quick trip, he is retrieved by his grandfather Catlett's mule team, driven by longtime hired black servant, Dick Watson. Andy's observations of his grandmother's unfussy cooking and the men's work stripping tobacco in the barn is full of nostalgic, admiring detail. Dick and Andy visit Dick's wife, Aunt Sarah Jane, whose superstitions and acute perception of racial inequity "introduced the fester of it into the conscience of a small boy." At a visit to his mother's more modernized family farm, the absence of Uncle Virgil fighting overseas is grievously felt, and Andy is allowed to listen to the radio before sleeping. "The world I knew as a boy was flawed, surely," Berry writes wisely, "but it was substantial and authentic."