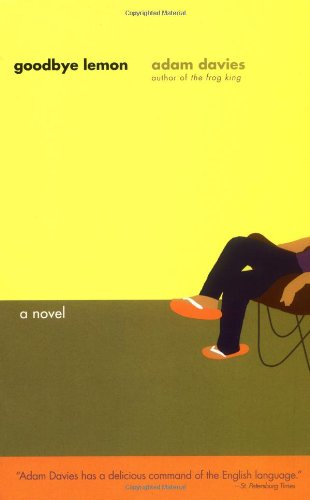 When Jack Tennant, a frustrated 32-year-old adjunct lecturer and part-time women's shelter night supervisor, returns to a Baltimore suburb to confront the wealthy WASP clan he cut off contact with 15 years before, we know what to expect: emotions will erupt, secrets will be revealed and some resolution will be found. Yet Davies ( ) makes it all happen in such a fresh, smart way the conventions of this conceit are almost forgotten. Ostensibly visiting to help care for his father following a debilitating stroke (and to satisfy his girlfriend, Hahva, who thinks he needs closure), Jack sees his return as his last chance to confront the old man—who is fully conscious but entirely paralyzed. Jack blames his father, Guilford Tennant, a stern ex-marine and alcoholic industry executive, for Jack's brother Dexter's death at six (Jack was five; Dexter was known as Lemon) and for ending Jack's chance to study piano at Juilliard. Of course, things don't develop as Jack expects, and how Jack gets to the point of wanting to love his father "exactly the way he deserves" is a story that soars on the same jet stream of inspired wordplay and literary tics that made a dazzling read. Bitter, smart and soaked in dark humor, Jack and his narrative harbor enormous heart.