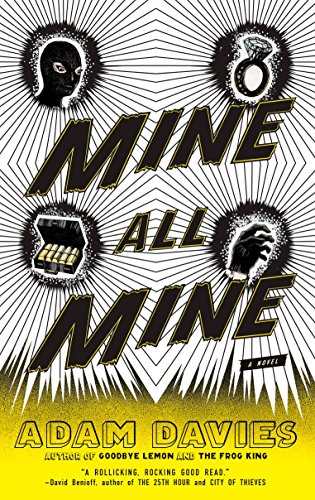 The third novel from Davies ( ; ) is a hilarious caper narrated by down-on-his-luck good guy Otto Starks. Having worked his entire life to become a top-notch “pulse” (highly specialized security guard), Otto falls from grace when several of the works of art under his watch are stolen by the Rat Burglar. Otto, who pops toxic pills in an effort to build immunity to paralyzing and lethal substances, starts to look like an accomplice when he repeatedly fails to apprehend the thief. Also grinding at Otto is his torment at keeping his job a secret from Charlie Izzo, the woman he loves but is too afraid to propose to. Charlie is as smart as she is beautiful, but to Otto’s dismay, she praises the Rat Burglar, whose m.o. is to steal back plundered masterpieces and return them to their original owners. After the Rat Burglar steals a secret map to a massive plundered treasure, Otto’s compartmentalized worlds collide. Otto’s narration is biting and bitter, but also charming. Parts are laugh-out-loud funny, and there’s enough suspense to keep readers riveted throughout this svelte page-turner.