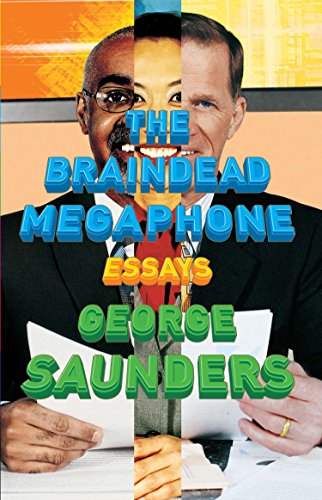 Best known for his absurdist, sci-fiâ€“tinged short stories, Saunders ( ) offers up an assortment of styles in his first nonfiction collection. Humor pieces from the like â€œAsk the Optimist,â€ in which a newspaper advice column spins out of control, reflect the gleeful insanity of his fiction, while others display more earnestness, falling short of his best work. In the title essay, for example, his lament over the degraded quality of American media between the trial of O.J. Simpson and the 9/11 terrorist attacks is indistinguishable from the complaints of any number of cultural commentators. Fortunately, longer travel pieces written for , where Saunders wanders through the gleaming luxury hotels of Dubai or keeps an overnight vigil over a teenage boy meditating in the Nepalese jungle, are enriched by his eye for odd detail and compassion for the people he encounters. He also discusses some of his most important literary influences, including and (he holds up the latter as â€œmy first model of beautiful compressionâ€â€”the novel that made him want to be a writer). Despite a few rough spots, these essays contain much to delight.