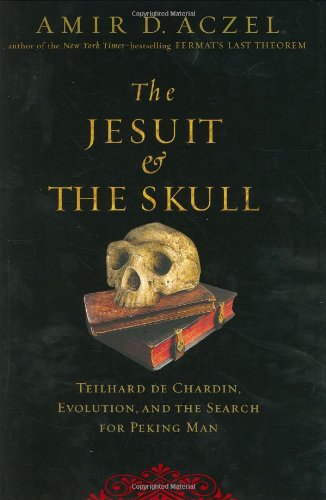 The Jesuit and the Skull: Teilhard de Chardin, Evolution, and the Search for Peking Man

Science popularizer Aczel ( ) offers an uninspired and all-too-brief look at a remarkable subject. Pierre Teilhard de Chardin (1881–1956) succeeded in melding his life as a Jesuit priest and as a scientist at a time when the Catholic Church denied that such a thing was either possible or desirable. Teilhard’s superiors prohibited him from publishing almost everything he wrote during his lifetime and forced him into exile from his native France. Published after his death, his works became classic examples of integrating religion and science. But Aczel discusses precious little of Teilhard’s philosophy and dismisses controversies with nary a thought. Stephen Jay Gould’s accusation that Teilhard was involved in the infamous Piltdown Man hoax is limited to eight words: “Teilhard was without doubt innocent in this matter.” Aczel is equally brief when addressing the skull of Peking Man, a crucial 1929 discovery by an archeological team that loosely included Teilhard. The Peking Man fossils disappeared in 1941, during the Japanese occupation of China, and Aczel provides no new thoughts on what might have become of the remains. Despite their evident relevance to current debates, Teilhard, Peking Man, human evolution and the relationship between religion and science remain shadows without any substance. Illus.