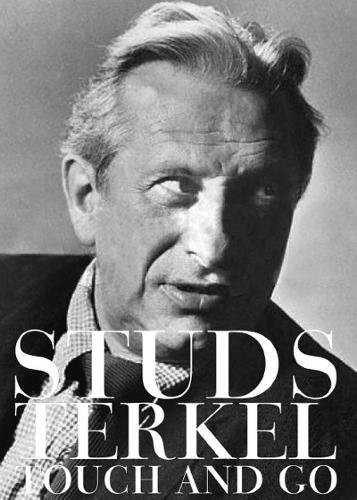 Touch and Go: A Memoir

After a lifetime of interviewing others, Terkel finally turns the tape recorder on himself. At least, that's what he would have us think. Terkel's memoir is more a medley of all the extraordinary characters he's encountered through his career, from the adult loners of his youth in Chicago's Wells-Grand Hotel, to New Deal politicians. Terkel details his long journey through law school, the air force, theater, radio, early television, sports commentary, jazz criticism and oral history. Surprisingly, a 12-time author who has built a career on emerging media is a hopeless Luddite. Unskilled with his tape recorder, the bread and butter of an oral historian, Terkel modestly attributes his knack for getting people to open up about their lives to his own “ineptitude” and “slovenliness.” This memoir, however, is a fitting portrait of a legendary talent who seeks truth with compassion, intelligence, moxie and panache. Never one to back down from authority, Terkel cracks jokes in law school classrooms and filibusters FBI visits by quoting long passages from Thoreau and Paine. He pogos between decades, reminding the reader that knowing history doesn't mean memorizing chronologies so much as it does attending to the lessons and voices of the past. He laments the “national Alzheimer's” afflicting this country, and fears the consequences if we don't regain consciousness. Americans might get to know their collective past a lot better if all history lessons were as absorbing and entertaining as this one.