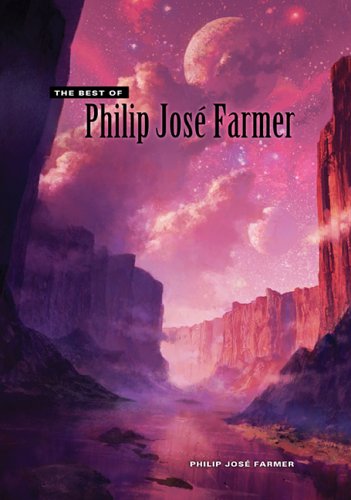 The Best of Philip Jos Farmer

Joe R. Lansdale, in his introduction to this sterling "best of" collection, calls Farmer "the most underrated science fiction writer of all time." Farmer's talent was evident early on in such tales as "The Lovers," one of the first works of SF to treat sex in an adult manner, which helped win him a Hugo Award as Best New Talent for 1952. The 19 other selections demonstrate his immense range, from the hilarious parody "The Jungle Rot Kid on the Nod," a Tarzan story as if written by William Burroughs (instead of Edgar Rice Burroughs), through the manic and marvelously loony "The Henry Miller Dawn Patrol," about a raunchy oldster in a nursing home who sees everything in terms of the planes he flew in WWI, to the more sober and touching "After King Kong Fell," which reimagines the death of the giant movie ape as a real event recalled many years later. Some fans may quibble that one classic Farmer story or another has been left out, but none will dispute that this volume is a timely tribute to a genius of the genre.