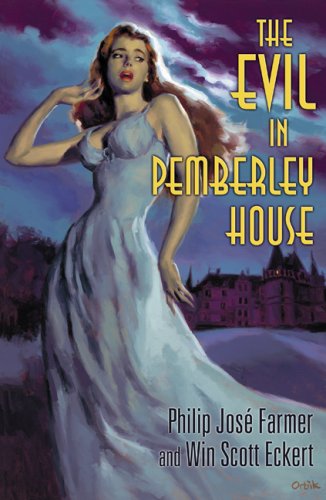 The Evil in Pemberley House

Set in Farmer's imaginative Wold Newton universe (the setting for ; ; and other novels), in which an 18th-century meteor impact led to a genetic mutation that produced numerous superheroic characters of mystery and science fiction, Farmer and Eckert's struggling collaboration neglects the fantastic in favor of the violently erotic. American Patricia Wildman, obsessed with her father's body and incest fantasies, is abducted and sexually abused by another woman while traveling. Wildman manages to turn the tables on her kidnappers and escape, only to end up in a nest of intrigue at 's Pemberley House. Numerous familiar fictional characters, from Elizabeth Bennet to a descendant of Professor Moriarty's chief of staff, only add to the clutter and sense of overkill.