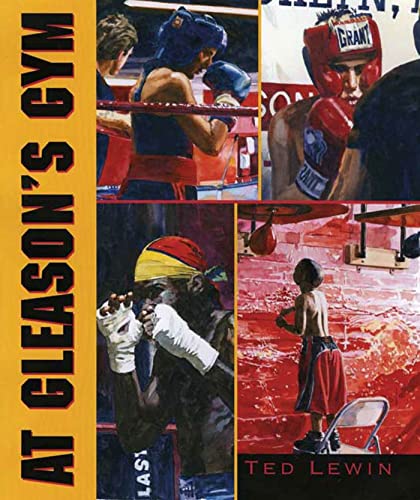 In both words and pictures, Lewin ( ) effectively evokes the sounds, smells and action of Gleason’s Gym, a celebrated boxing gym located “on the Brooklyn waterfront just a left hook away from the Brooklyn Bridge.” The author sets the scene in fittingly staccato prose: “Heavy bags swing wildly. Speed bags blur. Start of a round. Squeak of soles on canvas, the music of the gym.” World champions, including Muhammad Ali and Jake La Motta, have trained at this gym, which “builds bodies, confidence and courage.” This place is “a mass of men, women, and kids dancing, bobbing, weaving and jabbing,” among them nine-year old Sugar Boy, “the best little fighter around,” who is training for the state Silver Glove championships. Under the watchful eye of his father, a professional fighter, this dedicated young athlete spars with a middleweight pro, shadowboxes around the ring, punches focus pads and engages in a three-round training session. The author concludes this visit on a satisfying note, as a caption underneath a portrait of a triumphant Sugar Boy explains that he went on to become a 2006 National Silver Gloves Champion. Lewin portrays the gym’s goings-on in full-color paintings of varying clarity as well as in pencil sketches, a combination that gives the volume ample motion yet an inconsistent look. Still, aspiring fighters and youngsters with an interest in boxing will appreciate witnessing Sugar Boy’s tireless training from ringside seats. Ages 5-9.