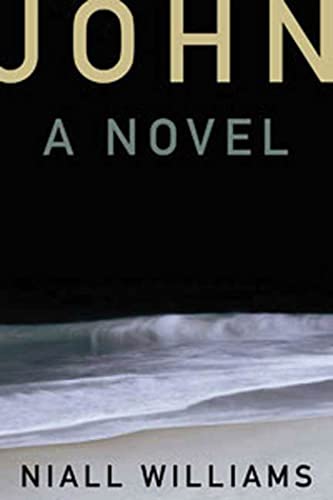 With plenty of imagination and occasionally grandiloquent prose, Williams ( ) pens the last days of the Apostle John, the beloved disciple of Jesus who, tradition says, wrote the wild, apocalyptic book of Revelation as well as the Gospel and Epistles of John. The story begins as John, blind and nearly 100 years old, lives banished on the Island of Patmos where he once received his portentous vision. Surrounded by doubting disciples of his own who pepper him with questions about Christ’s return and speak heresy, John remembers his time with Jesus. Williams’s present tense narration lends urgency as he interweaves dark and sometimes grotesquely violent threads throughout his story. He beautifully portrays the Christ-followers’ loneliness as they yearn for the return of their Messiah and despair at the reception of the Christian message. Some of Williams’s prose is fresh and elegant (“a bright wind hammers silver out of the sea”); at other times it is confusing (“the trader unsnaps dogs of curses”). The second half of the book loses momentum, but offers interesting conjectures about the explosion of dissenting beliefs after Jesus’ death and how people of the time might have responded. This novel will appeal to readers who like imaginative and gritty sagas of the lives of key Christians in the early church as well as those who value lyricism.