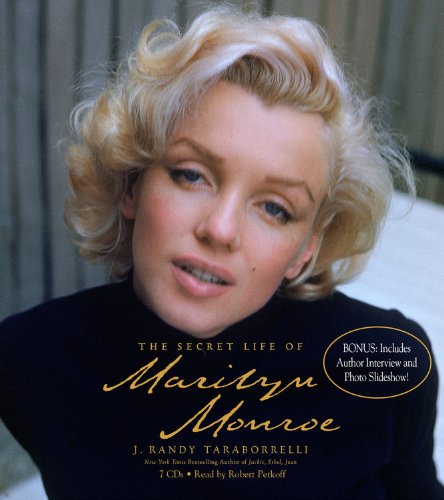 The Secret Life of Marilyn Monroe

Robert Petkoff's diligence as a narrator matches Taraborrelli's accomplishments in generating a fresh analysis of the iconic Marilyn Monroe. With Petkoff's Midas touch, the cast of characters comes to life with crisp clarity and attention to nuance. While there are too many good vocal characterizations to allow for a complete listing, some of the standouts include the mercurial husbands Arthur Miller and Joe DiMaggio as well as such Rat Pack figures as Peter Lawford and Frank Sinatra. Petkoff's delivery of DiMaggio and Sinatra's ill-fated attempt to spy on Monroe and her romantic companions creates palpable dramatic tension. And as Monroe herself, Petkoff creates a sublime breathy persona that shifts effectively from the girl-next-door Norma Jean to the glamorous Marilyn. Bonus features include a downloadable photo slide show.