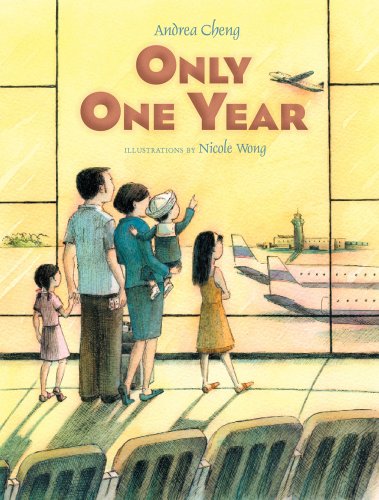 Cheng (who collaborated with Wong on ) offers a quiet yet resonant novel that explores a practice unfamiliar to most American children. Just before Sharon's mother begins a new job, the fourth-grader's parents send her two-year-old brother, Di Di, to live in Shanghai for a year with their grandmother, Nai Nai. When Sharon questions why a babysitter can't care for him instead, Mama explains that for a sitter, “Di Di is a job. But for Nai Nai, he is a grandson.” Moving moments underscore the void his absence leaves: shopping for shoes, Sharon's younger sister, Mary, suggests they buy a pair for Di Di, and Mama replies, “We don't know his size.” Di Di's return brings different distress: he has no interest in playing with his sisters (“He doesn't like us anymore,” Sharon laments), he cries too often, and during a tantrum he tears apart the girls' homemade playhouse. Expectedly, the boy gradually bonds with his sisters, a process further humanized by Wong's delicate line art. Cheng's concluding note gives cultural context to her insightful story. Ages 7–11.