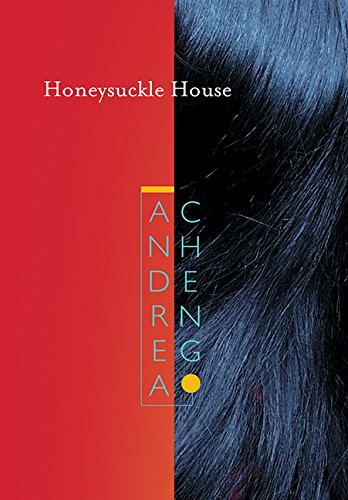 Alternating between the perspectives of two fourth-grade narrators, Cheng ( ) proves herself a gifted and sympathetic observer of middle-graders' conflicts and concerns. In the opening chapter, Sarah tries to make sense of the news from her best friend and next-door neighbor, Victoria, that she is moving. Victoria's mother isn't reliable, there's no moving van, and Victoria doesn't know where they're going. But that afternoon Victoria and her mom leave, with some but not all of their things. At school Sarah feels bereaved—and alarmed when Victoria's seat gets filled by a new girl, Tina, just arrived from China. Sarah, who is Chinese-American, steels herself: "I'll have to tell everyone all over again I don't speak Chinese." Tina brings her voice to the next chapter, describing her trip from Shanghai to join her parents in America. Cheng uses perceptive details to highlight the enormity of the adjustments Tina must make. Separated from her mother for more than a year, Tina almost doesn't recognize her because her smell has changed—her soft perfume has been replaced by an alien scent. "When I smelled the sharp soap," Tina says, she finally understands why her grandmother has told her to be brave. Both Tina and Sarah must come to terms with classmates—and teachers—who assume that their Chinese facial features confer automatic intimacy and affection, allowing Cheng to make important points about assimilation and prejudice. Eventually, however, the mystery of Victoria's disappearance opens a path for the two girls to channel their feelings of loss and, in the process, create a genuine friendship. Ages 10-up.