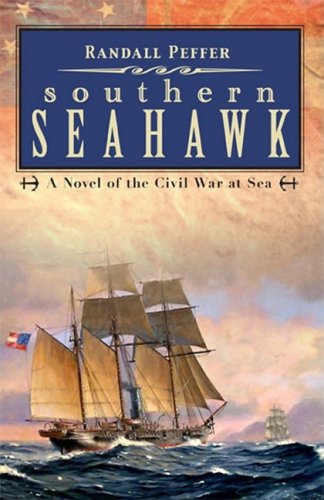 Southern Seahawk: A Novel of the Civil War at Sea

In the exciting first of a projected trilogy featuring real-life Confederate naval hero Cmdr. Rafael Semmes, mystery author Peffer ( ) spends as much time ashore as at sea as he tacks from the infighting among Lincoln's cabinet to the unsavory adventures of Semmes's Irish lover, Maude Galway, and the almost endless maneuvering and bickering among federal officials and officers over capturing Semmes. After joining the nascent Confederate navy in 1861, Semmes converts a packet boat into a warship in New Orleans, escapes the Federal blockade and begins a remarkable and lengthy run of predations on Yankee shipping. While some readers may wish for more high seas action, the character of Semmes, an ardent believer in the Southern cause as well as a daring and resourceful commander, and the difficult conditions under which he operated make this a compelling and colorful read.