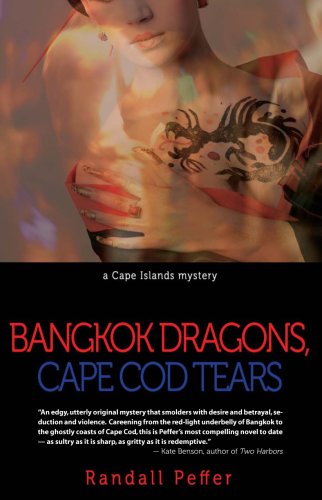 In this frenetic follow-up to Peffer’s (2006), New Bedford, Mass., lawyer Michael Decastro travels to Bangkok at the request of his exotic hermaphrodite friend, Tuki Aparecio. Tuki, who’s under suspicion for the murder of a wealthy Thai man and the theft of an $11 million ruby from a Buddhist temple, is on the run not only from the police but also from —gangsters or mafia. Determined to return the ruby to the temple to remove the bad karma from the stolen gem, Tuki enlists Decastro’s help and that of Marcus Aparecio, her African-American father. Against a backdrop of sexually confused tension, Decastro and Tuki try to sort out their feelings for one another. Covering a lot of territory, literally and figuratively, from the Vietnam War to Thailand’s notorious Bangkwang prison and many gender-bending clubs around the world, Peffer offers an unusual and intriguing version of star-crossed lovers beset by evil enemies.