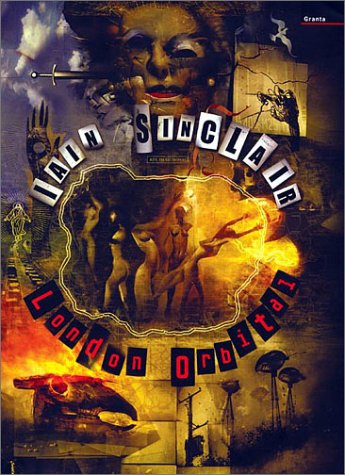 LONDON ORBITAL: A Walk Around the M-25

At first glance, this may appear to be only a book of observations about walking alongside the M-25, the roughly 150-mile highway that encircles London, but it is actually a complex, literary meditation on crime, urban sprawl, the effect of automobiles, British politics, the relationship between history and modernity, and perhaps not least, the importance of good footwear. Sinclair () writes in a hyper, staccato style that in a single passage can run the gamut from Beat poetry ("Narrative fractured. Verbals didn't stand up. Confessions wouldn't cohere. The motorway was loud with Chinese whispers") to the paranoid, embellished worldview of Hunter S. Thompson ("When dusk fell, villains took to their [borrowed-without-the-owner's-consent] cars. On the cruise. Tooted up with hand guns, machetes, petrol cans, monkey wrenches"). As with Thompson, one gets the sense that Sinclair's hyperbolic descriptions get at the truth better than a more conventional portrayal ever could. Sinclair is an artist with no patience for cheesy development, shopping malls or the very highway on which he walks, slicing past beautiful countryside and abandoned factories alike. The writing is often enjoyable, but at times heavy-handed and replete with references that will escape those not conversant in British culture: "An excuse to sample oysters in Whitstable (Notting Hill prices)," he writes, "to swim at Walberswick (Southwold: the new Hampstead)." The book is both fascinating and exhausting, and readers will find themselves rewarded even if they need to put it down frequently just to stretch their legs.