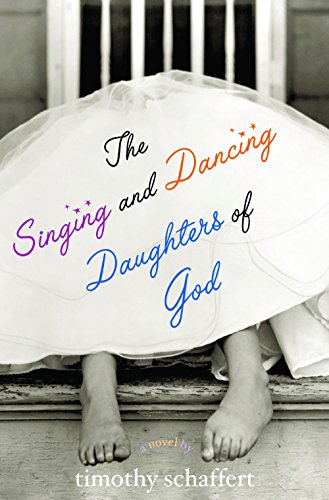 The Singing and Dancing Daughters of God

Achy-breaky dysfunction drives a messy, funny family drama in this smalltown Nebraska tale, told in a winning faux-naïve style. Divorced and down-and-out in Bonnevilla, Hud, a school-bus driver and popular local amateur balladeer, misses his eight-year-old daughter, Nina, and his ex-wife, Tuesday—a grade school art teacher who was his high school sweetheart—though he's still very much in their lives. Tuesday, for her part, can't seem to break her emotional dependence on the oddly reliable but damaged Hud. Dating isn't going too well for either of them (despite Tuesday's very long-burning torch for widowed Ozzie Yates, who repairs stained-glassed windows for area churches). Tuesday and Hud's 17-year-old son, Gatling, has joined a Jesus-centric band and is touring parts unknown. Tuesday's father, Red, owns the Rivoli Sky-Vue drive-in (recently featured in , a sly aside notes); film, along with music, plays a wonderful incidental role throughout. The book opens with the off-camera execution of Robbie Schrock, who murdered his young sons following a divorce; Hud, in an effective echo of the loss of Gatling, may or may not be seeing visions of the boys. Deft, sweet and surprising, Schaffert's follow-up to ends hopefully and features credibly incredible details throughout.