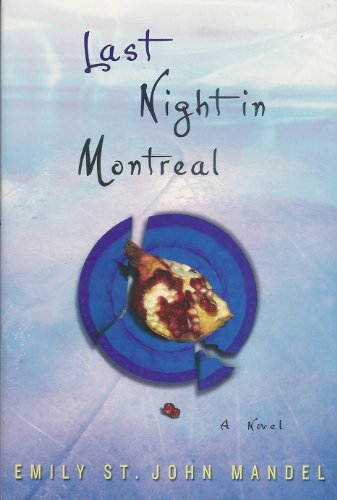 A young woman with a habit of running away runs away yet again in Mandel’s competent if unremarkable debut. As Eli finishes another grim day of work on his thesis (its topic: dead and dying languages) in his Brooklyn apartment, he realizes his girlfriend, Lilia, never returned after going out for the newspaper that morning. About a month later, Eli gets a postcard from someone named Michaela in Montreal telling him that Lilia is there, so he heads north, leaving (thankfully) his insufferable friends behind to natter on about art without him. His quest is interspersed with flashbacks to Lilia’s childhood: her father kidnaps her at age seven from her mother’s house, and the two go on the lam. Back in present-day Montreal, Eli meets Michaela, who happens to be the daughter of the detective who years ago worked on Lilia’s abduction case, and together they try to fill in the blanks of Lilia’s past. While the plot is interesting enough, the prose often feels forced and the characters sometimes amount to accumulations of quirks, whimsies and neuroses. An intriguing idea, but the delivery isn’t quite there.