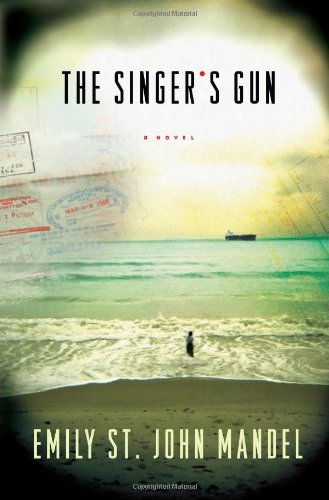 Mandel ( ) attempts a globe-spanning crime novel, but the clunky, lukewarm result will please neither thriller aficionados nor more literary-minded readers. Anton Waker, a Manhattan water systems consultant, finds that his world is slowly imploding as his shadowy past as a document forger comes back to haunt him. Compounding his troubles is his alluring and Machiavellian cousin, Aria Waker, who is conspiring to reel him back in for one last big score. All the while, hard-nosed State Department G-woman Alexandra Broden is closing in on the forgery ring. Along the way—the narrative travels from New York to Canada to Italy—Anton must also come to grips with his crumbling marriage and an office romance. While Mandel's prose is brisk, the narrative reads like a slightly dressed-up B-movie screenplay—flat, stocked with one-dimensional characters, and relying on awkward flashbacks to explain away character motivations. But the biggest problem is the narrative's blandness: the sex isn't sexy and the violence isn't especially violent.