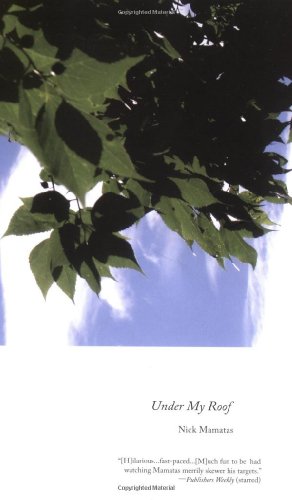 In this hilarious near-future political satire, a Long Island father-son duo strike a blow for individual freedom by building a nuclear bomb, hiding it in a lawn gnome and declaring independence from the United States. The world, as seen by telepathic 12-year-old narrator Herbert Weinberg, is grim: Latin America has been declared evil (and Canada is the "White Menace"), the president talks of nuclear strikes and planes are blown out of the California sky. Herbert's laid-off father, Daniel, has a Patriot Day freak out, and after he and Herb build the nuke and fax out a press release proclaiming the creation of the kingdom of Weinbergia, the cops, FBI and National Guard descend on the home. Herb's mom, Geri, splits, and as the media pick up on the story (the local weatherman is the first hostage of the "armed micronation"), Weinbergia mania sweeps the nation (even the local Qool Mart convenience store proclaims itself an Islamic republic) and Daniel and Herbie become cult heroes. Trouble looms for Herb, who is kidnapped and briefly reunited with his mother. A big-bang ending caps the fast-paced novel, and there's much fun to be had watching Mamatas ( ; ) merrily skewer his targets.