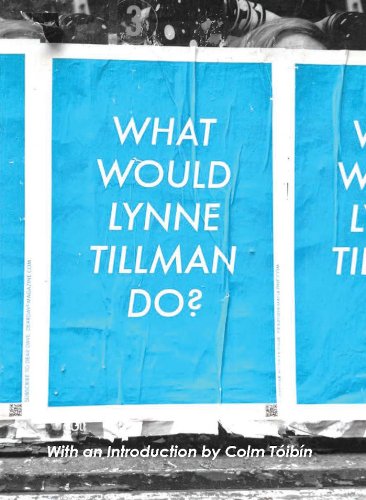 What Would Lynne Tillman Do? Essays

“The art of underexplanation” characterizes this eclectic assortment of essays, anecdotes, interviews, reviews, and vignettes from novelist and critic Tillman (Someday This Will Be Funny). In a flexible, wise, and wryly funny voice, she studies subjects as varied as President Obama, art, language, literature, film, and music (from Chet Baker to the Rolling Stones). Consciousness, time, and desire, as well as problems of authenticity, ideology, and taste emerge as leitmotifs, though Tillman’s real subject is the making of art, particularly the ways in which the meaning of an object “is re-made by passing generations of readers and viewers.” Though some selections lend the book an elegiac note, the prevailing chord is Tillman’s relentlessly ironic self-awareness, as the title suggests. She is too experienced to indulge in nostalgia, too informed to take sides—nothing is sacred, nothing is taboo, and she aims to “trample complacency of all types”—but she proves an excellent reader: perceptive, generous, insightful, and knowing, especially when writing about Edith Wharton, Charles Henri Ford, and Gertrude Stein. This compulsively readable collection is like eavesdropping on the polished chatter of an exceptionally clever and well-read party guest, one who understands that elaboration is the antithesis of wit. Agent: Joy Harris, Joy Harris Literary Agency. (Apr.)
close
Details