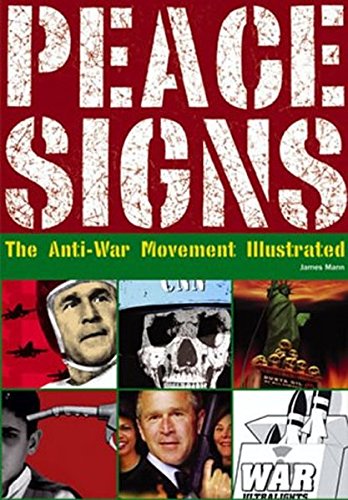 In early 2003, activists opposed to the war in Iraq produced thousands of anti-invasion posters for rallies around the world.""The idea of the skilled, trained artist was erased,"" design historian Nicolas Lampert explains in the introduction to this survey of the anti-war images;""with the influx of computer design programs, scanners and photocopy machines, nearly any person with an idea could create a thought-provoking visual statement."" As this book shows, however, the results of such newfound design democracy are mixed. Some of the book's 187 images are indeed bold, sophisticated and arresting. Mark Vallen's poster""Not our Children, Not their Children,"" for example, contains a moving, realistic drawing of a man carrying a wounded boy. And Amedeo De Palma's elaborate Photoshop collage,""This is America!,"" is a colorful parody of Oval Office jingoism. Many of the most compelling entries convey specific ideas rather than mere opposition to war itself--TomPaine.com's""I Want You,"" for example, presents an Uncle Sam-style recruiting poster in which Osama bin Ladin exhorts America to invade Iraq so that he can gain new recruits. Less successful entries, though, seem to exist as little more than rudimentary design exercises. Mann organizes the anti-war images into seven thematic categories (e.g. No Blood for Oil, Collateral Damage), and this arrangement can be monotonous. The section entitled""Bombs Over Baghdad,"" for example, offers 29 consecutive pages of bombs morphing into gravestones, pills, footballs, crayons and pretzels. But if the book as a whole suffers from uninspired presentation, it nonetheless provides a valuable survey of how professional and amateur designers have responded to the Iraq war. 230 color illustrations.
close
Details