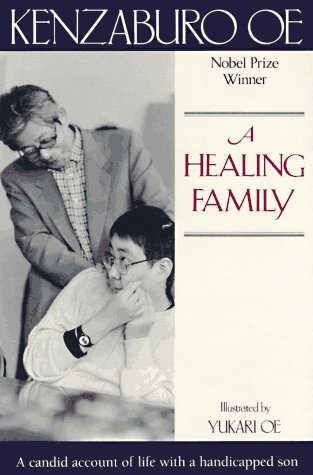 Oe sets out here to document the life and contribution to the family of his son, Hikari, born in 1963 with a major malformation of his brain. Successfully operated on but left with residual brain damage, Hikari, who needs constant supervision, became a talented composer and irreplaceable focal point of his father's creativity. Despite its positive and loving message, this is a sad book, recounting the struggles of daily life with a brain-damaged child, the parents' frustrations and the acute feelings of failure and inadequacy that accompany them. Even as it attempts its honorable task, it has all the earmarks of a work knitted together from random and occasional pieces dealing with an important and moving subject: it frequently loses focus and drifts off down side tracks (discussion of differences among Japanese characters; forgetting money on an overseas trip). To make matters worse, the translation is awkward and stilted in a way that makes the reader grope for the voice of a writer whose brilliant fiction and stories won him the Nobel Prize for Literature. Students of Oe, familiar with his other works, may find significant insights here, but this offering will not likely be the book to win him fresh admirers. 50,000 first printing; author tour. (Nov.)
close
Details