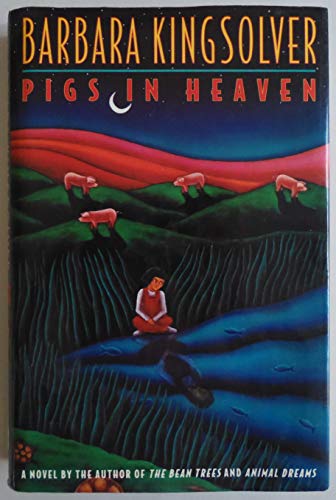 Taylor Greer and her adopted Cherokee daughter Turtle, first met in The Bean Trees , will captivate readers anew in Kingsolver's assured and eloquent sequel, which mixes wit, wisdom and the expert skills of a born raconteur into a powerfully affecting narrative. Now six years old and still bearing psychological marks of the abuse that occured before she was rescued by Taylor, Turtle is discovered by formidable Indian lawyer Annawake Fourkiller, who insists that the child be returned to the Cherokee Nation. Taylor reacts by fleeing her Tucson home with Turtle to begin a precarious existence on the road; skirting the edge of poverty and despair, she eventually realizes that Turtle has become emotionally unmoored. In taking a fresh look at the Solomonic dilemma of choosing between two equally valid claims on a child's life, Kingsolver achieves the admirable feat of making the reader understand and sympathize with both sides of the controversy, as she contrasts Taylor's inalterable mother's love with Annawake's determination to save Turtle from the stigmatization she can expect from white society. The chronicle acquires depth and humor when Kingsolver integrates the story of Taylor's mother Alice, a woman who believes that the Greers are ``doomed to be a family with no men in it'' (that she is proven wrong adds a delicious element of romance to the story). Alice's resolve to help her daughter takes her into the heart of the Cherokee Nation and results in an astonishing but credible meshing of lives. In the end, both justice and compassion are served. Kingsolver's intelligent consideration of issues of family and culture--both in her evocation of Native American society and in her depiction of the plight of a single mother--brims with insight and empathy. Every page of this beautifully controlled narrative offers prose shimmering with imagery and honed to simple lyric intensity. In short, the delights of superior fiction can be experienced here. 100,000 first printing; $125,000 ad/promo; BOMC alternate; author tour. (June)
close
Details