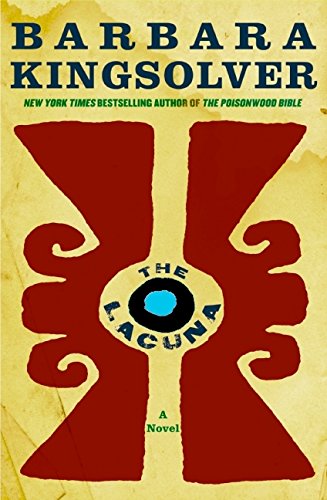 Kingsolver's ambitious new novel, her first in nine years (after the ), focuses on Harrison William Shepherd, the product of a divorced American father and a Mexican mother. After getting kicked out of his American military academy, Harrison spends his formative years in Mexico in the 1930s in the household of Diego Rivera; his wife, Frida Kahlo; and their houseguest, Leon Trotsky, who is hiding from Soviet assassins. After Trotsky is assassinated, Harrison returns to the U.S., settling down in Asheville, N.C., where he becomes an author of historical potboilers (e.g., ) and is later investigated as a possible subversive. Narrated in the form of letters, diary entries and newspaper clippings, the novel takes a while to get going, but once it does, it achieves a rare dramatic power that reaches its emotional peak when Harrison wittily and eloquently defends himself before the House Un-American Activities Committee (on the panel is a young Dick Nixon). “Employed by the American imagination,” is how one character describes Harrison, a term that could apply equally to Kingsolver as she masterfully resurrects a dark period in American history with the assured hand of a true literary artist.