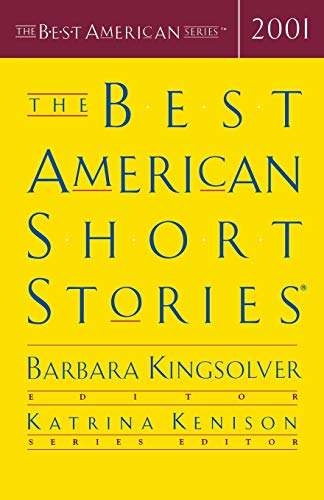 If the 20 stories in this year's collection have any one thing in common, it is their substance and seriousness of purpose. This is mostly a good thing—entries by veteran writers like Alice Munro, John Updike and Annette Sanford, and by relative newcomers like Andrea Barrett, Barbara Klein Moss and Peter Orner are intellectually stimulating and satisfying—but the inclusion of a few lighter selections might have leavened the mix. Munro is her usual magical self in "Post and Beam," in which a young Vancouver wife comes to terms with the immutability of married life. Ha Jin, in "After Cowboy Chicken Came to Town," tells of the impact an American fast food franchise in China has on both employees and customers, imparting a number of reasons why East and West will never see eye to eye. "Servants of the Map," the extraordinary novella- length story by Barrett, tells the tale of an English mapmaker in 1860s India struggling with his demanding job, loneliness and, most of all, his unquenchable desire to be a botanist. In Orner's brief tale, "The Raft," a grandfather ushers his grandson into a closet to tell him an old WWII story in a new way. Sanford's contribution—short, too—tells how a 16-year-old girl seemingly doing nothing for the summer is preparing for adult life. The careful character development, subtle drama and pristine prose of these selections should once again thoroughly satisfy fans of quality short fiction.