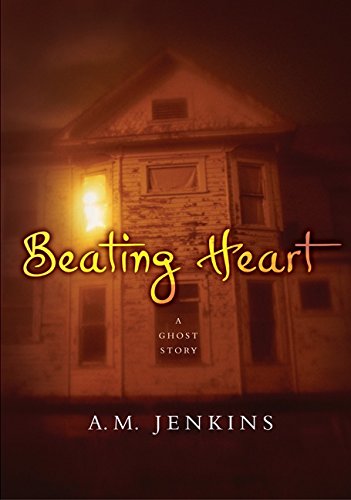 After a rocky divorce, 17-year-old Evan's mother buys a Victorian fixer-upper where she can write and, with Evan and his young sister Libby, make a home. Along with the stained glass window and gingerbread outfittings, comes the spirit of a girl who died in the house a century before. The ghost sees in Evan a reminder of her own lover (a workman's discovery of a box of papers reveals the identities of the two 19th-century lovers). Evan begins to feel ill at ease, and he dreams of sex with a pale-haired girl. His brunette girlfriend, Carrie, senses his emotional withdrawal and becomes more demanding. The story unwinds in two voices, that of the ghost, and the other the third-person account from Evan's perspective. The dead girl's voice starts out as lyrical, conveying her emotions and longing in poems almost like Haiku in their brevity and emotional trenchancy ("quiet/ night nestles into corners/ tall clock in the downstairs hall/ ticks the seconds/ I roam"). Later, the ghost, too, becomes demanding; and past and present converge to bring about a kind of healing for both the ghost and Evan. The third-person narrative works as an excellent foil, portraying Evan's kind nature with an even tone as opposed to the growing urgency of the dead girl's obsession. This is an evocative, often sexy book, demonstrating Jenkins's ( ) skill and imagination. Ages 14-up.