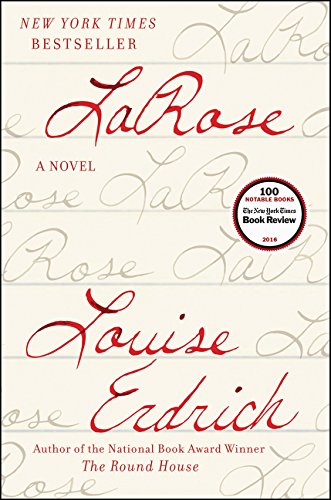 Erdrich spins a powerful, resonant story with masterly finesse. As in The Round House, she explores the quest for justice and the thirst for retribution. Again, the setting—a North Dakota Ojibwe reservation and a nearby town—adds complexity to the plot. Landreaux Iron, an Ojibwe man, accidentally shoots and kills the five-year-old son of his best friend, farmer Peter Ravich, who is not a member of the tribe. After a wrenching session with his Catholic priest, Father Travis, and a soul-searching prayer in a sweat lodge, Landreaux gives his own five-year-old son, LaRose, to grieving Peter and his wife, Nola, who is half-sister to Landreaux's own wife, Emmaline. In the years that follow, LaRose becomes a bridge between his two families. He also accesses powers that have distinguished his namesakes in previous generations, when LaRose was "a name both innocent and powerful, and had belonged to the family's healers." Erdrich introduces this mystical element seamlessly, in the same way that LaRose and other Ojibwes recognize and communicate with "the active presence of the spirit world." The magical aspects are lightened by scenes of everyday life: old ladies in an assisted-living home squabble about sex; teenage girls create their own homemade beauty spa. Erdrich raises suspense by introducing another, related act of retribution, culminating in a memorable and satisfying ending. (May)
close
Details