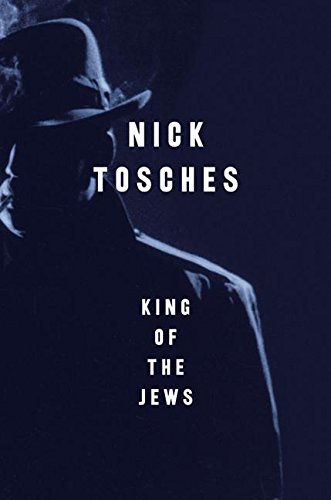 KING OF THE JEWS

Readers who make it to the end of this unusual book may already have asked themselves the author's closing questions: "Why am I writing this, and why are you reading it?" Those cracking the binding in hopes of encountering a new biography of mobster Arnold "the Brain" Rothstein, rumored to be the fixer behind the 1919 World Series scandal, will do some mental scratching at the lengthy introductory discourses on the etymology of "dice" and the Torah's variant names for God. Tosches is attempting to use the figure of the Tammany Hall–era gangster as an entry point for an idiosyncratic, wide-ranging history of Western civilization. Rothstein himself really doesn't appear until two-thirds of the way into the book (although earlier chapters about religion, fascism, political correctness and other subjects of interest to the author alternate with excerpts on the criminal from an old Brooklyn newspaper and from surrogate's court proceedings). This despite Tosches's representations—unsupported, alas—that the gangster deserves further study and attention "[b]ecause Arnold Rothstein is a shadow figure beyond good and evil." But by giving short shrift to the details of the endemic corruption plaguing New York City during Rothstein's reign, the author fails to make his case that misconduct by police and elected officials was at least as reprehensible.